Here's a very short list of the ones I own (I'm keeping the Golden Dawn-based decks separate).

Tabula Mundi Colores Arcus
Liber T, Tarot of Stars Eternal
Navigators of the Mystic SEA
Haindl
Rorig
Night Sun
Voyager (according to James Wanless, but loosely as far as I can see)

Three versions of the Thoth, two from 1970 and one from 1983.
My divination blog https://parsifalswheeldivination.com/
Show post links
Top 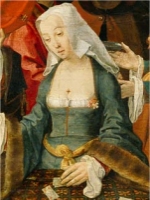 I also have the Liber T and the medium version of the Thoth, and the Tarot of Vampyres as well 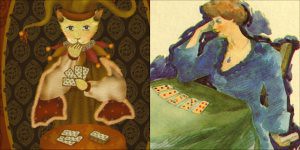 Return to “The Thoth Deck & its Close Relatives”