For you Thothies out there...

Monthly reading circle for Thoth veterans as well as for newbies

Forum rules
The Thoth Reading Club will be held monthly. Both newbies as well as experienced Thothies are welcome to join. Sign up is on during the first week of every month. Readings should be posted during the following week. Full feedback is expected by the end of the month. Menbers are encouraged to remind one another by PM if a reading or feedback is overdue; should help be needed, please contact a Mod or Admin. The club guide may specify a specific spread or topic at the beginning of a Reading Circle. Use the Thoth or one of its clones. This is a learning forum, so participants are encouraged to comment on and ask questions in regards to active threads, including those they are not participating in. Club guide may chime in with occasional commentsand suggestions. And here is the most important rule of all: Have fun! :)
Post Reply
62 posts 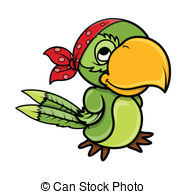 This means that we are ready to go right?

Do we all read in the same thread, one after the other and feedback when all readings are done?

Do we open up seperate threads and let our read-ee come to us for feedback?
Never underestimate the power of stupid people in large groups.
Show post links
Top

Same thread would be really good for learning, but if there is a lot of to and fro discussion on individual readings and feedback, it could get confusing! [emoji12]

I propose we try doing it all on this thread. I feel that, this way, people will be more at ease to comment on others' readings, which will enhance the learning process.

For keeping the overview, please introduce every post with the names of the reader and sitter that it refers to, e.g. "2dogs - CharlotteKAT." No matter, if you are one of the participants of the reading or just commenting.

Thankfully, Ddwark has already figured out for us who is reading for whom:

I guess we don't have to keep a rigid chronological order? We can just go ahead as each of us sees fit?
Show post links
Top

Let's go ahead. Do you have a question, Michael? (I never participated in a reading circle so my apologies if I don't do it properly). I have my dear old pocket Thoth next to me :-)
Deck of the Week
Nemia's deck and book lists, tarot calendar
Show post links
Top

You are doing fine, Nemia!

My question: What should I do to improve my finances?
Show post links
Top

What do I need to know about my decision to finally write *that* book?
I've been avoiding it for years!
Never underestimate the power of stupid people in large groups.
Show post links
Top

What is the root of my problems with work and money?
Deck of the Week
Nemia's deck and book lists, tarot calendar
Show post links
Top

How can I best protect myself from and deal with stress?

You are doing fine, Nemia!

My question: What should I do to improve my finances?

I did a simple three-stairs spread for you and looked at the bottom card.

The stairs go up from the situation right now via factors you can change to the solution.

The first card is the 10/Cups, Mars in Pisces, a slightly strange meeting that heats up the waters of Pisces until they're vapor - you can see on the picture that the water is hot, and the top of the Tree of Life is bubbling up as if there was hot vapor accumulating. Lots of energy, great potential to move something forward - but neither Pisces nor Mars really know what to do with it. Full gas on zero. It's all a great "it could be great if".

And now this whole potential is standing on its head and the If disappears even farther. You dissipate part of the energy that might go into money-making on things that give you personal happiness. Which is great in itself, but you must be able to afford it.

Sometimes you have a fleeting glimpse of the perfection you might reach if you used your whole potential, if you were just a little bit more target-oriented. All this energy you have, you know to focus it so well - but much of it leaves the system without giving you much in return.

It would be nice to have more money than just-enough and a bit (the chalices are not empty but overflowing only on the middle pillar). But you won't sacrifice personal happiness and become a money making fiend. Basic Pisces of this card makes that clear. If anyone avoids becoming a little screw in a big system it's Pisces - with the emotional resistance that doesn't make revolutions.

So that's the situation right now. Lots of energies, delayed twice - by the character of the card itself and by the fact it's reversed. That's what irritates you now.

The next step is the Queen/Wands, reversed as well. Her colours are similar to the 10/Cups, and even the composition in V shape is similar. I don't think she's an aspect of yourself - we're not asking about your personality or inner life but about your circumstances, and I'd read her as important person in your life, tendency to see her as woman. Wife, co-worker, business partner, an important influence in your life. Her energies are blocked, too. She could do a lot to open the pipes in your potentially powerful Tree of Life with its boiling waters, but either you don't give her a chance or she can't do it for her own reasons.

Together, you're an extremely powerful team. She has a tendency for self-blockage sometimes. That doesn't help.

It's another combination of water and fire. Lots of steam all around. Humanity took a while until it learned to reconcile fire and water and make good use of steam. If Pisces in Mars and the Water of Fire really work together, wow. As long as they don't, it's still a nice and fertile atmosphere with rain clouds... but what you need to make more money is a healthy dose of soil, Earth.

The third card is not giving it either. We're still in the Fire region, but the Aeon has a totally different quality. It's the penultimate trump card, and it has accumulated so much wisdom that it can make real changes. Actually, this card tells you that you can have success and make money without the pragmatic Earth, the rational Air that are missing here. It's a spiritual card that tells you a higher truth than pragmatism and reason. Aeon tells you that everything I told you until now was wrong. It's not true that you waste good energy by blowing it into the air on non-profitable matters. Just the opposite is true, you don't do it enough. This is like Nietzsche's re-evaluation of values. It's possible for you to use your own and your queen's talents and potential by following the way of the Fire, by doing what you do now but on a much bigger scale.

If the dead can rise (like in traditional Judgement), if Harpocrates can be born and a new aeon manifest itself, then you can dare to do the crazy and give birth to a new idea. Keep it quiet though. The ש at the bottom of the card is echoed by the Child's fingers on his lips - shshsh, don't tell yet what you're planning. Boil the idea in the back of your head a bit more until it's ready to be put into action. This reading doesn't go far enough to tell you HOW to do it. But you have a plan.

And what does the bottom card tell us? 3Swords, reversed again - your troubles are rooted in a disillusionment in the past. Saturn's oppressive leaden fist laid waste on your nicely balanced plans and ideas. It shouldn't have influenced you for so long and you have to let it go.

Concerning timing - Aeon will approach with your next round birthday, anniversary or other round number that symbolizes a cycle.

How can I make best use of my Thoth deck :?: .
Previously known as 2dogs.
Show post links
Top
Post Reply
62 posts