A site for Newbies to Oldies, readings, sharing ideas,and fun with all types of cards.
http://eclectic.jomay.com/

My favorite oracle is...

by Serpentwand
It’s still The Photographic Card Deck Of The Solar System, all the factual details on so many cards give me no end of ideas. Even if they are nearly impossible to shuffle.

2dogs wrote: ↑24 Sep 2020, 10:36 It’s still The Photographic Card Deck Of The Solar System, all the factual details on so many cards give me no end of ideas. Even if they are nearly impossible to shuffle.

Yes I Remember something about that so are you using it as an oracle deck? I am planning on starting to study the moon and its affects on us I even backed a Kickstarter recently that has a planner with the moon.

by Serpentwand
It’s not designed to be an oracle deck but it works better for me than those that are. I haven’t used it for a while but just cut out about a third of the 158 cards, shuffled those 5 inch square cards, and drew one. With my eyes closed as both sides of the cards are used, and got a Moon card - The Moon and the Tides.

This explains how the tides are caused by differences in gravity on the sides of the Earth nearer to and further from the Moon, and also that the Earth has an effect on the Moon 81 times stronger which causes quakes and sometimes releases of gas. Over a long time these interactions have slowed the rotation of the Moon so it always keeps the same side facing us and has also taken energy from the Earth which has lengthened our days and caused the Moon to drift further away.

I didn’t ask a particular question, just for something relevant to this discussion, but it possibly explains why I stopped doing reading exchanges earlier this year and haven’t been doing daily draws or many readings at all - the readings were definitely draining my energy. I wonder if it’s also explaining why - the power to draw the right card is in me, not the cards. These cards can’t have any magic in them, they were never intended to be used for reading like this. I’ve wanted particular cards from decks before and picked them straight out, so know I can do it, at least sometimes. So it’s telling me that I (the Earth) am more powerful than the cards (the Moon) but it uses up my magical energy to read them - I need to be careful with that, not do it too often and wear myself out. 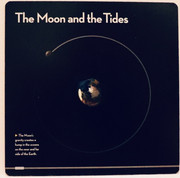 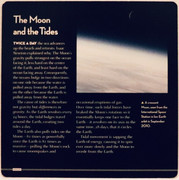 I vividly remember your awesome solar system cards that you were using in conjunction with your Thoth deck!

I am not sure that there is no magic in them, however, even though they may not have been designed with magical purposes in mind. Aren't the bodies of our solar system magical all by themselves, though?

That said, I would agree that what charges our cards with magic is our interaction with them after all. Please be careful not to overexert yourself and leave us in a lurch for another couple of years or so...


...and also that the Earth has an effect on the Moon 81 times stronger which causes quakes and sometimes releases of gas.

Earth has an effect on the Moon 81 times stronger THAN WHAT? Please elaborate.

Comes to mind, a couple of months ago, I finally made a childhood wish come true and bought myself a Celestron-8 telescope. Gazing at the Moon through this, she looks breathtaking with her craters, mountains, and valleys!

by Serpentwand
The Earth has a gravitational effect on the Moon 81 times stronger than the Moon does on the Earth.


Michael Sternbach wrote: ↑26 Sep 2020, 21:23Comes to mind, a couple of months ago, I finally made a childhood wish come true and bought myself a Celestron-8 telescope. Gazing at the Moon through this, she looks breathtaking with her craters, mountains, and valleys!

Oh wow, I used to have a Meade LX90 SCT, is yours the Celestron equivalent? It showed amazing views but I got more into old books, still have a few NASA publications. I took a few shots with the zoom on my DSLR camera though. 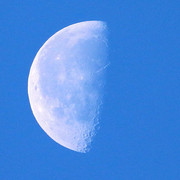 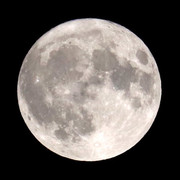 by Michael Sternbach
Thanks for the clarification regarding the Moon's as opposed to the Earth's attractive force. I renember having read that the Moon has 1/81 of the Earth's mass, so this makes sense.

I looked up your scope and yes, it really seems to be the Meade equivalent of mine.

Nice images of the Moon, Serpentwand!

I haven't attempted any real astro-photography myself yet, but I did once hold my cell-phone cam onto the eyepiece (just to see what happens) and captured the image below. Alright, not quite in the Hubble space-telescope class, but it does show Jupiter with his four major moons all on one side, the way I had never seen him before...

by Serpentwand
Your Jupiter photo is the equivalent of what Galileo saw, a historic observation as over several nights it proved that not all heavenly bodies revolved about the Earth. Well, it did to those who didn’t refuse the temptation to look through his telescope and be corrupted by such wicked lies.

Overall I most enjoyed just looking through the telescope at the silvery Moon; trying to take photos and messing with computer image processing to compete with others on a forum became very frustrating.

by Jo Ann
I remember the solar system cards too! I really liked them!!!

by Serpentwand
I have some even bigger decks of natural history and a couple of art galleries but struggle to get much meaning out of them, they're lacking in detail and many of the cards seem much the same.

by Jo Ann
Ya need to talk to Hek. She makes and prints a lot of her own decks. Maybe she can give you an idea or two. I use the one step enhance photo step on my graphics program to clear some stuff up.