one card tarot by kyan

Artists Present Their Decks and Images For You
Forum rules
This forum is intended for use by artists of all types of cards as a gallery of your work.

Feel free to present your work any way you'd like. You are encouraged to post images along with any text or links. We are looking for presentations of work from the perspective of the person(s) who made it.

If you are not the artist but would like to present a deck, perhaps the Reviews forum is more appropriate for that.
Post Reply
56 posts

one card tarot by kyan

it’s a 10 of wands collage card using art downloaded from the metropolitan museum of art’s website.

last night i saw someone had posted a link on the old AT forum’s collaborative deck sign up thread (for deck five?) about the met’s website — apparently all the art there is available to download unless otherwise stated. wow... what a find!

the foreground art (shepherd) is by Ferdinand Hodler and background is “Heroic Landscape with Rainbow” by Joseph Anton Koch.

i created this on my phone using the brushes redux app, then added a rounded corner frame in snapseed. i initially added an X (10) in phonto, but decided to remove it because it covered the rainbow.

the shepherd and the landscape were chosen simply because i really loved the art. afterwards, i thought which RWS card could be duplicated, at least somewhat, and the 10 of wands came to mind.

it’s similar to RWS in that the shepherd’s face is hidden, tho he’s not actually carrying the sticks here. it’s as if the burden was too much to bear (like a cross to bear) and so he had to stop and rest before he collapsed. will he recuperate and continue on his journey soon? he’s stressed out, yet it’s a beautiful day, with parting clouds now revealing a rainbow. perhaps good things will happen when he lifts his head. the man belonging to the arm at the lower left seems to think so, encouraging his friend to get up and keep going. or maybe he’s saying, “see? i told you so!” 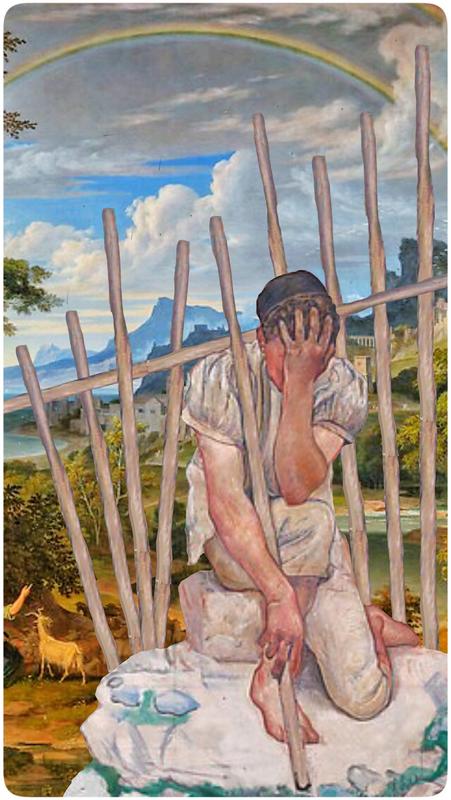 oh— i had collaged a yellow bird (an american goldfinch lifted from audubon) perched on one of the wands, but it looked a little too happy, and way too big. someone suggested that a bird might suggest the “promise of a new tomorrow” but the goldfinch was just a bit toooo perky.

maybe a black raven would look better here, but again, i thought back to RWS and how their card is so sparse... maybe a bird in the sky? some geese in V formation would definitely say something but... 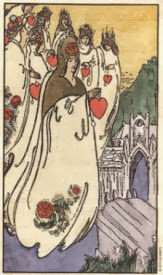 i thought of putting a sword in his hand! funnily enough, the hand belongs to a woman— here is a detail of the scene, which could almost be a card in itself.

yes, i am hearing that about the bird too, as the pop of color seems to appeal. maybe it will stay, but at a smaller more appropriate size.

LOL at the dive bombing raven. my friend suggested a penguin

here is one card i created for a personal lenormand deck in progress, using audubon birds. oh, if only i could find images of equal caliber for all the cards! it’s also going to be tough to match backgrounds, so i’ve abandoned the idea of every background being the same color. but at least the card number and suit designations will be similarly placed, adding to a sense of cohesion. 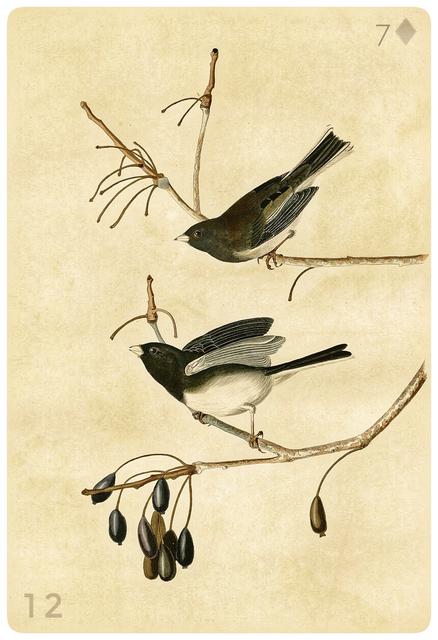 i decided against adding titles to the cards, as they’re readily apparent — but on cards like this with so much empty space at top it looks like it needs something. a (very) small bird on a branch or flying overhead could come to the rescue, something the fox notices is watching him. a bird saying “i know what you’re up to!”... 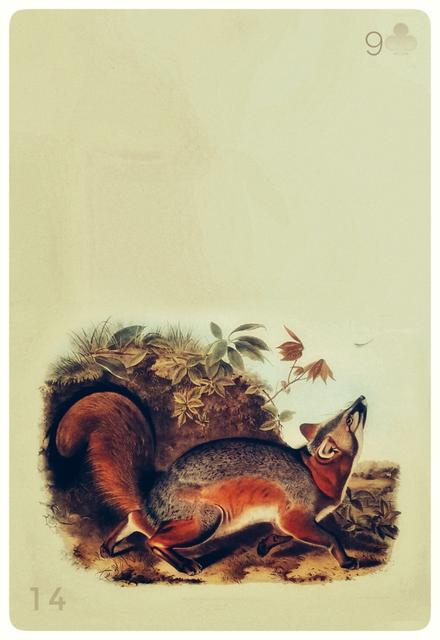 one more: the mice 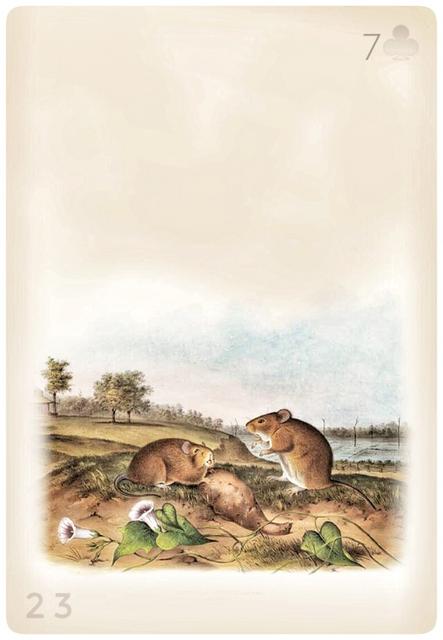 one card that isn’t my favorite is the stork. i would prefer the crane or egret, but you know... tradition. 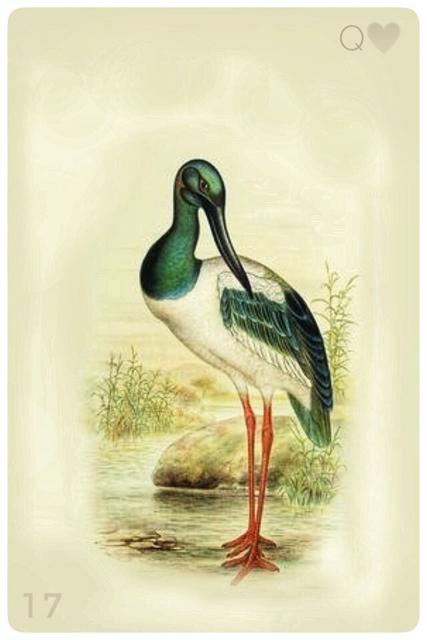 We have some great looking Penguins here in Pittsbugh PA

Return to “The Artists' Gallery”