Forum rules
There are some decks that we all know and love. And then there are the lesser known treasures. Deck of the Week is a really fantastic way to explore decks that are loved but under-used. Here you can see what decks other people are using and how they apply the cards to everyday situations.
Post Reply
11 posts

Pick a deck to accompany you through your week. Tarot, Lenormand, Oracles, any tool of divination is welcome. Let us know in the comments which deck you chose, and I'll add you to the list in this first post.

Before we start, tell us more about your deck and your expectations.

On Monday, we start drawing a card each day. Draw your daily card at the time you choose, morning or evening. If you don't have the time to read every day, just jump in when you can.

Sharing pictures is great but not required.

How do the energies of your daily card manifest in your life?

If you want to, you can experiment with the well-known routine and use two decks instead of one. Inspired by Barleywine's Situational Blueprint!

You may pull together all the cards of the week for one "how was my week?" reading before moving on to the next deck.

Do whatever you need to get the maximum power out of your daily reading, and feel free to share! 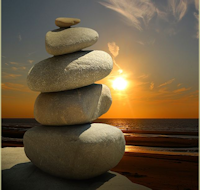 I think my Shadowscapes deck is feeling neglected. Time to bring it out to play.
Show post links
Top

Card of the Day is Two of Swords meaning I knew early on that today I would not get all the answers and decisions I'm looking for. But looking back as I get to the end of the day I can see that we made progress even if there are still a lot of unanswered questions and choices to be made.

Monday's card: the Eight of Pentacles:

I have several on-going projects at work, as well as at home (including a first attempt at gardening). Time to get to work on them!
Show post links
Top

Monday - the Nine of Cups.

Isn't this the most chic and stylish tarot deck ever? I love the gentle watercolours and the choices of clothing - I read somewhere they're influenced by traditional Korean garb, and they look medieval and current at the same time. Lovely dreamy image of the Nine of Cups, fulfillment and satisfaction and a slight wistfulness... and indeed I had a wonderful and peaceful day.

Tuesday, the day that just passed - the King of Pentacles.

And for Wednesday, the day that soon starts - the Two of Wands.

Indeed a long day full of work is waiting for me.

If I look at these three cards - the passive Nine reflects the way I want to see myself and my life, focused on the Within. And the King and the Two make it clear that I have to keep up the level of activity, I can't afford just to sit by the sea and enjoy my life. I have to keep making it enjoyable.

I love this deck, it's one of my favorites, and every single card speaks to me. This is much easier than with the Celestial whose messages come sometimes wrapped in such cliched language that the book stands between me and the deck instead of making it clearer. But the astrology is so important and so different from other systems that the book is necessary. What a pity that it's not written clearly like for example Jessica Bott's little text for the Idiosyncradeck that tells the reader so clearly what the artist had in mind.

For the Dreaming Way, I actually don't need the lwb, it's close enough to RWS and atmospheric enough to make it totally readable without anything but the images. I'll check the lwb in the course of the week but right now, I enjoy the visual clarity and loveliness of this deck.

I wonder how it would look trimmed... hmmmm....
Deck of the Week
Nemia's deck and book lists, tarot calendar
Show post links
Top

The figure in the picture is walking through a Fairy Ring while contemplating a mask. Magic, mystery, things concealed, a situation that looks like one thing by moonlight and another in the light of day.

I'm not sure what was revealed today as being concealed. Perhaps it's something that will soon come to light.

And this card just reminded me of both the cover of Billy Joel's album The Stranger, and a quote from an episode of Star Trek: the Next Generation. Suddenly, I feel ancient....
Show post links
Top

Today's card is one I don't seen often, the Seven of Swords.

This card is often one of deceit or stealth, but Anthony Louis suggests a someone different meaning in Tarot Plain and Simple: moving onward while leaving a part of your life behind. I was recently offered a different position in a volunteer group to which I belong, and as part of that change, I was "promoted." This evening I worked with another member to update the bylaws and plan out what we want to do in the next few months. I've been with this group for five years now, so this is a big change.
Show post links
Top

That's interesting about the Seven of Swords! I value Anthony Louis very much. It's Moon in Aquarius... interesting interpretation. Beautiful cards, too, the Shadowscapes...

On Thursday, I really had a very active day; the Two and Ace of Wands fell on days when I had a house full of visitors and was active and busy around the clock. I also had very inspiring and motivating conversations, lighting a lot of little candles in my brain. Just wonderful.

Friday, now nearly behind me, was a difficult day - my visitors left, and again, I'm sad, I hate all those good-byes. There could be no more precise card than the Three of Swords for the feeling of seeing again people I'm deeply connected to disappear for long stretches of time.

And yet, it's a happy day. The energy of the incoming day is so strong for me:

my wise of Hierophant, my Taurus strength. Let's hope that tomorrow will be a more positive day, that I'll get over the feeling of sadness.
Deck of the Week
Nemia's deck and book lists, tarot calendar
Show post links
Top

Friday's card: the Ten of Wands.

This card is often seen as being overburdened or carrying a great weight, although it can also be interpreted as a strength and support situation.

I'm not sure this card is for me, really. I just found out that a friend at work will be out for a few days. Her mother has been in a nursing home, and was sent to the hospital earlier this week. The hospital staff sent her back to the nursing home as a hospice situation. I think at this point everyone in the family is looking at an "end of life" event.

I will have to offer special intentions through prayer for them.
Show post links
Top
Post Reply
11 posts