Forum rules
Post here for your everyday chat and anything non esoteric, No politics or religion talk.
Post Reply
4 posts • Page 1 of 1

My interest in Tarot definitely falls into the "intellectual pursuit" category, overlapping just slightly into serious divination. I spend almost all my Tarot time studying the symbolism, history, and metaphysical adaptations of the cards. I spend very little time doing actual readings for others. I do spend a great deal of time in contemplative meditation of the cards, which might legitimately be called self-reading. I don't indulge in the parlor game aspect at all. In fact, I rarely mention the cards to friends, and keep my interest in them fairly private. The reason for that isn't what you might imagine. I just don't want to get involved in discussing the cards with people who know nothing about them. For me, the subject of Tarot is way too complicated and serious for that. And, when I've done readings for others, it has always been in the nature of therapy or self-realization help, rather than for divination.

One time I strayed from my private and personal approach to the Tarot. On a lark, I set up a Tarot table and participated in a local psychic fair. It was just my luck to have the photographer from the local newspaper take my picture sitting at the table, and publish it on the front page of the Sunday supplement. When I went to court the following week, the judge asked me if he needed to hear my motion, or if I could just tell him how he was going to rule in advance.

After the laughter died down, I decided not to do that again.
I am the greatest superhero of all time, the amazing Captain Underpants!

VegasGeorge, that's a great story but I'm sure it didn't feel that great when it happened. I keep my tarot identity totally separate from my professional identity (although for a while, I thought about "coming out of the closet" and offering courses about tarot).

I do readings but what keeps me interested in tarot is less the "did I get that right" aspect and more the history, symbolism, esoteric underpinnings and artistic potential of the tarot. In the web of things that fascinate me from my childhood, the tarot sits firmly in the middle and touches everything. As a child, I fell in love with mythology, as a young teen with astrology, I studied history, literature, philosophy and art history, later also pedagogy, psychological and art therapeutic tools. I learned to speak, read and write Hebrew fluently and learned about kabbalah, and it all comes together in the tarot.

Divination, not only tarot but as human practice, is a fascinating topic, too. When we divine, we touch the divine or try to do so at least. Every culture developed its own tools to see beyond the immediately visible.

I sometimes wish I was able to treat tarot as a parlor game and just take my cards somewhere and read for others. I think it's totally possible to do serious divination in every situation and I have great respect for traditional fortunetelling. I wish I had the self confidence and strength to use tarot in that way. It's a gift.

But for me personally, the intellectual and spiritual aspect of the tarot is the most important.
Deck of the Week
Nemia's deck and book lists, tarot calendar
Show post links
Top 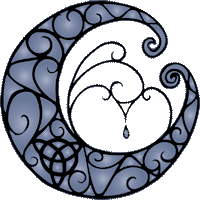 I'm not sure I fall into any of your definitions.
I read as a fortune teller, but only online, and for intellectual purposes. I want to see how accurate I can get with these things. Friends and family know that I read tarot cards, but it's simply not important to them. Every once in a while my husband will ask for a reading, usually a quick glimpse at something, and I reluctantly do it for him, because I know him and that makes it more difficult to read the cards for him, I think. I'm far better at predicting things for him by talking things out with him, rather than using cards.

Reading for strangers online though -- now there's the exciting challenge for me. No facial expressions, no additional information aside from a short question, essentially -no chance- of cold reading them. That's what I want. I want that blank slate to practice the cards on - it builds accuracy into my methods. I'd rather not fall into the armchair-psychologist camp of tarot readers; I'd like to help preserve the magic of it all by how I read the tarot cards and therefore steer clear of guidance/advice type readings. I will, however, look into guidance for myself and sometimes post my personal readings up for input from others to help me think.
Show post links
Top

I'm decidedly old-school (beside being old); I like to read for others for the face-to-face interaction (no online reading for me). When I'm reading for other people I look at the cards, not their facial expressions or their body language. I try to engage them in a dialogue about the cards on the table. I spent over 40 years mainly in the solitary pursuit of esoteric studies so the opportunity to read for other people is like a breath of fresh air. I read professionally on an "on-call" basis. I hardly read for myself at all unless I'm testing a new spread; my life is so settled that I reserve self-reading for special events or occasions. Lately my passion has been blogging about divination, including tarot, Lenormand, astrology, geomancy, crystal ball reading and anything else that strikes my fancy.
My divination blog https://parsifalswheeldivination.com/
Show post links
Top
Post Reply
4 posts • Page 1 of 1