A Few Favourites So Far

List what you think is the best Lenormand deck. Only one per person.

Forum rules
List what you think is the best Lenormand deck. Only one per person.
Post Reply
4 posts • Page 1 of 1

A Few Favourites So Far

I've only really just begun looking at Lenormand; didn't know about it at all until a random question on another site prompted a bit of research. Got to say I do prefer it vastly to the Tarot because of its flexibility. Disclaimer though: I'm not a cartomancer, I'm a storyteller that occasionally uses 'oracle decks' and so forth for inspiration when writing fiction, so what is desirable for me may not be entirely what is desirable for anyone else.

Anyway! I have a few favourites:

Ur-Lenormand (Alexander Gluck) - I don't actually have this deck, but I will get it at some point because I collect (and make) ancient and historic games. This is a reproduction of the first Lenormand deck, which wasn't originally used for cartomancy at all, but for a simple race game called 'Das Spiel Der Höffnung'. It's based on an actual deck from the British Museum.

Gilded Reverie (Ciro Marchetti) - really, really beautiful cards, nice thick stock, gilded edges and a sturdy magnetic flap box - nothing I hate more than tuck-boxes when it comes to card decks! That said, a lot of the images are a bit esoteric (in a bad way!) For example, the 'heart' is two swans touching bills, forming the heart shape with the space between their necks, but glancing at it casually you see the swans first. It's all too easy to think it's 'Birds' instead. Lovely art, though. I also like the minimalist 'card inserts' which don't get in the way of the art - though that's a common feature on many decks.

Maybe Lenormand (Ryan Edward) - though the art isn't highly ornate or hyper-realistic in this deck - if anything it's a bit sketchy and scribbly - it IS charming and extremely simple and to-the-point. No ambiguity. It's also really unpretentious and has a lovely atmosphere all in all. Still, I would have liked it better if it had alternately-gendered Man / Woman cards.

So far, though, if I had to pick one and only one, I'd go with Maybe.
Show post links
Top

Welcome to the ultimate unknown cards forum in the WWW!

That's an interesting list of decks for sure. Be free to share more (decks, thoughts, reading suggestions, whatever you wish, really).

The only publisher of ancient decks that I personally know so far is Giordano Berti from Italy.
Show post links
Top 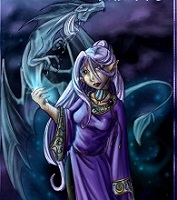 I have a number of faves, but mostly work with one main deck.

That would be the Blue Owl and has been so for a number of years. It is still my absolute favourite for it's simplicity and straight forwardness. No distractions or nonsense. For me, it has to be the version that has card inserts on them rather than poems.

One cannot go wrong with the Blue Owl.

If looking at original, colourful and still straight forward then it would be the Minute Lenormand by Robyn Tisch Hollister - even her Lenormand stones. Her Lenormand decks tick all the right boxes for me plus are quirky and fun.

Ciro M has some amazing decks on the whole and it is his artwork I lean towards despite a few things being different - like what he has used in place of Crossroads, for example.

I don't mind Daniloff and own a few Dondorf's that have been reprinted along side the Game Of Hope.

There are a number of others that I think are right up there as well.

DownUnderNZer wrote: ↑28 Jul 2022, 20:48 That would be the Blue Owl and has been so for a number of years. It is still my absolute favourite for it's simplicity and straight forwardness. No distractions or nonsense. For me, it has to be the version that has card inserts on them rather than poems.

The Blue Owl is a nice, traditional-looking deck, but I agree about the poems. Too much complexity on an image can make pattern-matching hard, which can be a strain when working a Grand Tableau. Need to be able to spot images quickly, not get distracted, and all text tends to looks alike at first glance until you stop to read it. I also tend to find poetry in these circumstances to be rather twee. I don't even like the ones Caitlin Matthews uses in her Lenormand book, which is otherwise excellent.
Show post links
Top
Post Reply
4 posts • Page 1 of 1