Forum rules
Post here for your everyday chat and anything non esoteric, No politics or religion talk.
Post Reply
3 posts • Page 1 of 1

For those who do not know what I am talking about, big farm is a farming game.

It is a fun game. Give it a try and see if you like it.
For God so loves the world that He gives His son Jesus that whoever belives in Jesus shall not perish but have eternal life.
Show post links
Top 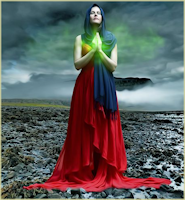 It sounds like the Farmville game I used to play. It was through facebook.
It was fun, it did take up a ton of time. I played it with my cousin. It was fun.
You had to harvest the crops by a certain time or you lost them. You could
earn things. It just go to be too much. They started selling points and things
where you could buy things instead of earning them. They also started coming out
with tons of new things rather than one or two at a time. Got to be too much but
it was fun. Do you need a partner to play? You didn't with FV but it was more
fun when someone else played.
Show post links
Top
Post Reply
3 posts • Page 1 of 1